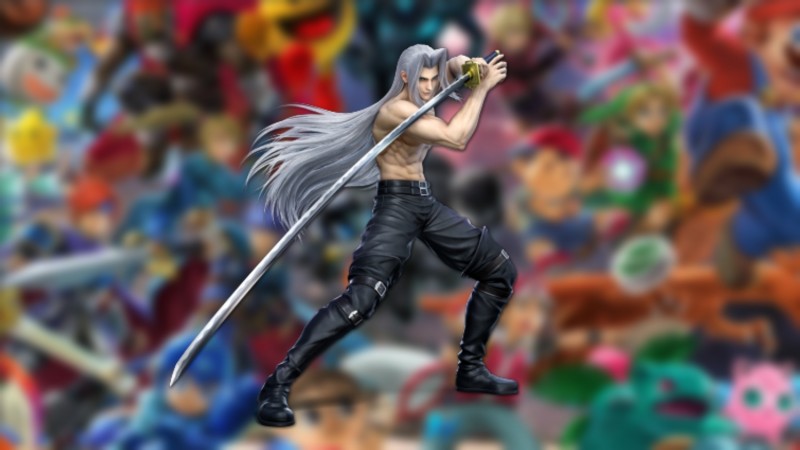 Nintendo revealed that Sephiroth is coming to Super Smash Bros. Ultimate last week and just today the team showed off more of what he brings to the fighting game. From different moves to different looks, Sephiroth is bringing some serious stabbing energy into the Switch staple but he’s not just a gift because of his character. No, his shirtless varient is a gift because of the memes.

Many took to Twitter to share their thoughts on the latest revelation about Sephiroth in Smash Bros. Ultimate, and while I won’t share my own due to some not-so-safe-for-work language, I can at least share some of the others that made me smile:

If you liked shirtless Sephiroth then have I got a fighter for you pic.twitter.com/5SUMC5d5Sk

so when is he getting a shirtless alt pic.twitter.com/8w1EsGsrqB

The “I’m not gay, BUT-“ crowd seeing Shirtless Sephiroth pic.twitter.com/dkhnlSVAkn

my roommates: why are you playing as cloud against a bunch of shirtless sephiroth cpu’s

Why does the shirtless Sephiroth render have to look so hot pic.twitter.com/r5GuIzmV3I

OK, before I completely fall into the endless pit of Shirtless Sephiroth images, that’s definitely not all fans have to look forward to when trying him out. From a more classic style variant to his familiar combat style, Sephiroth makes for a fierce opponent when looking at the current Super Smash Bros. Ultimate roster.

For the full breakdown, check out our previous coverage here to learn everything we know so far about Sephiroth’s arrival in Super Smash Bros. Ultimate arrival.