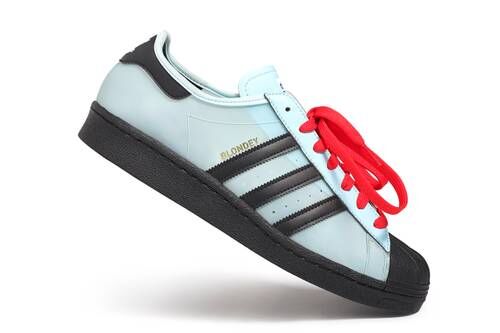 Blondey McCoy introduces his third Superstar collaboration alongside adidas and this time around, he launches a Starlight Blue colorway of the iconic silhouette. The colorway is bright and captivates attention due to the transparent TPE uppers.

This is tinged with a blue hue to give it some slight color, which gives it a chilly aesthetic and references the namesake of the color. Details include black Three Stripes as the branding detail and black can also be seen at the heel. Blondey’s name can be seen at the midfoot in a gold hue as the tongue takes on the same color as the rest of the shoe done in blue. Rounding out the shoe is the traditional blue and white badge and red laces.