Former FBI agent Peter Strzok said he viewed the infamous Steele dossier as being “intended to influence” as well as to inform, according to a text he wrote in September 2016.

A trove of texts to and from Strzok, who was fired by the Trump administration following the revelation of anti-Trump texts while he was working for the special counsel’s office, was released this week by Republican Sens. Chuck Grassley and Ron Johnson.

“Looking at the Yahoo article, I would definitely say at a minimum Steele’s reports should be viewed as intended to influence as well as to inform,” Strzok wrote to another person whose name is redacted.

The texts were declassified as part of the Republicans’ investigation into the origins of the FBI’s Trump-Russia probe. 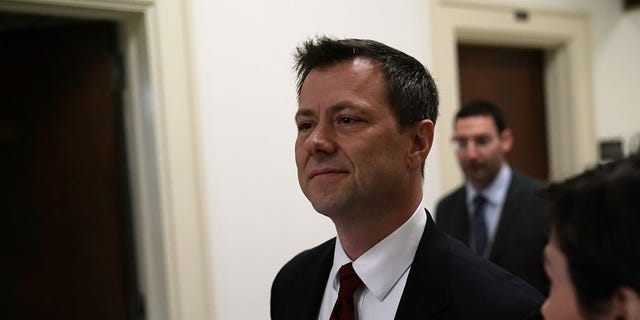 Steele also met with other journalists before the FBI finally cut ties with him after he spoke to Mother Jones in October 2016, according to the National Review.

Some of the information compiled in the dossier has been discredited and an inspector general report late last year criticized the FBI for “omissions” and “inaccuracies” in its Foreign Intelligence Surveillance Act (FISA) application as well as overstating Steele’s reliability.

The dossier played a “crucial” role in the agency getting a FISA warrant to surveil former Trump aide Carter Page, according to a report by the inspector general.