The director of “The Exorcist” shut down rumors that he’s attached to a remake of the horror classic.

William Friedkin directed the 1973 horror classic about a young girl who gets possessed by a demon, forcing Catholic priests to come to her home and perform an exorcism to save her life. The film spawned four sequels, but Friedkin was not attached to any of them and none were met with the same acclaim as the original, which earned ten Academy Award nominations and won for best-adapted screenplay and best sound mixing.

After rumors circulated that Morgan Creek Entertainment was developing a reboot of the movie set for a 2021 release, Friedkin took to Twitter to shut down fans’ hopes of a revival.

‘THE EXORCIST’ ACTOR: ‘HAPPY TO PORTRAY A MEXICAN … WHO IS NOT JUST A GUY WITH A SOMBRERO’

“There’s a rumor on IMDB that I’m involved with a new version Of The Exorcist. This isn’t a rumor, it’s a flat-out lie. There’s not enough money or motivation in the world To get me to do this,” he wrote.

Meanwhile, Morgan Creek Entertainment seems to have shut down rumors it’s involved with a project in the franchise as well. The group retweeted its own message from 2015 that reads: “For the record, we will never attempt to remake THE EXORCIST.” 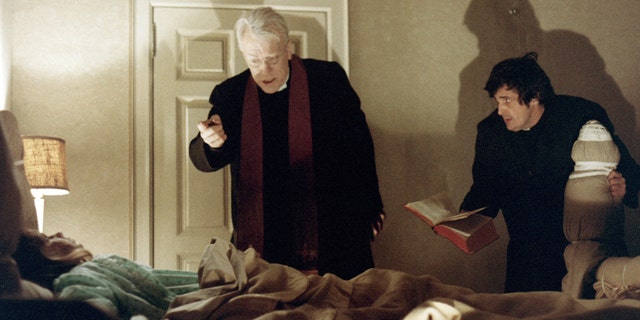 The director of ‘The Exorcist’ shut down rumors about a remake.  (Silver Screen Collection/Getty Images)

As Indiewire notes, Friedkin may not have lent his creative talents to the various spinoff titles in “The Exorcist” franchise, but he hasn’t left the horror genre. His latest film was the 2017 feature “The Devil and Father Amorth,” a documentary about a priest, Father Gabriele Amorth that followed him as he performed his ninth career exorcism on an Italian woman.