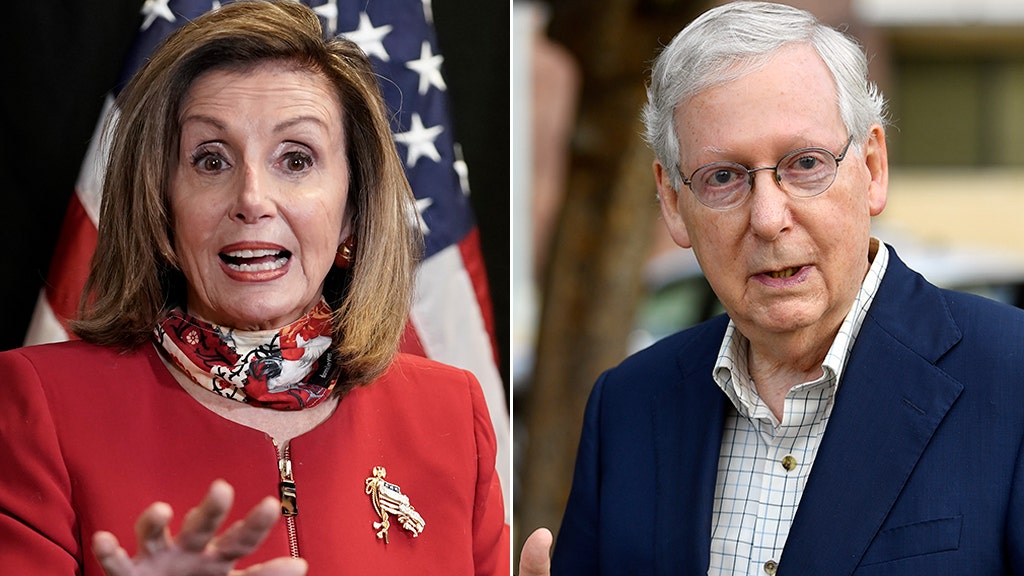 It surprised many Americans to learn there was no coronavirus testing regime at the U.S. Capitol for months.

Congressional leaders finally rectified that a few weeks ago.

Now vaccines are available at the Capitol for lawmakers to help maintain “continuity of government.” Members of Congress are deemed “essential.”

So lawmakers poured into the Rayburn House Office Building Friday to get their shots.

WHERE DOES CORONAVIRUS RELIEF STAND IN CONGRESS?

But the speed at which lawmakers sought out a vaccine – coupled with a lengthy delay for testing on Capitol Hill – says a lot about how things work in Congress.

There were concerns about optics. How would it look if members of Congress were tested regularly, but the general population struggled to obtain a test, months into the pandemic?

Optics are important in politics. With most things, members of Congress shouldn’t get something that isn’t available to everyone else.

That’s why there are congressional gift bans and special rules about stock trades. There are concerns about bribes and how wielding influence over lawmakers could influence policy. There’s a reason why former Reps. Bill Jefferson, D-La., Duke Cunningham, R-Calif., Bob Ney, R-Ohio, and Chris Collins, R-N.Y., all went to jail in recent years.

That said, setting up a coronavirus testing regime at the Capitol was not just about members of Congress.

A testing regime was about the people lawmakers serve in their districts. The truck drivers. The bank tellers. The mechanics. The elderly. Fourth- graders who play kickball.

Members of the House and Senate fly back and forth to their districts and states a couple of times a week. This poses particular safety issues – both in Washington – and at home.

And that brings us back to the issue of vaccinating lawmakers.

The Office of the Attending Physician at the Capitol notified lawmakers that “consistent with Presidential Policy Directive 40 (2016), Congress and the Supreme Court, along with Executive Branch agencies, will be provided with a specific number of COVID19 vaccine doses to meet long-standing requirements for continuity of government operations. These requirements are focused on essential operations and personnel. PPD-40 establishes continuity requirements for the federal government and states that continuity actions for the Executive Branch should be undertaken in parallel with the Legislative and Judicial branches of government.”

The missive from the attending physician, Dr. Brian Monahan, did not say specifically who was eligible for the vaccine at the Capitol. His memo was addressed to “All Members of Congress and Staff.”

Pelosi and McConnell were among the first to receive the vaccine. Pelosi is the constitutional officer in charge of the legislative branch of government. She’s also in line to the presidency. That’s quintessential “continuity of government.”

Many other members of Congress also lined up to get the vaccine.

“I will not be taking the vaccine. It is my choice. I’m an American. I have the freedom to decide if I’m going to take a vaccine or not,” Buck said. “It obviously was rushed out. And I’m not saying that it was rushed out in a way that is medically unsound. But I don’t think we’ll know for several years whether it is, in fact, safe or not.”

Many lawmakers, however, wanted to show their constituents they were getting the vaccine in order to vouch for its safety.

Lawmakers continue to travel to conduct the nation’s business. That puts them at risk – to say nothing of their families and communities with whom they interact back home.  It also includes the people in between. Cab drivers. Lyft drivers. Skycaps. TSA agents. Pilots. Flight attendants.

The vaccine will help all of those people. And certainly, lawmakers are “essential workers” when it comes to continuity of government. Congress failed after 9/11 to address the constitutional requirements for “quorums” in the House and Senate. Article I, Section 5 of the Constitution mandates each body have a majority of members present to conduct business.

The House and Senate have a problem if a substantial number of members are incapacitated – either by a terrorist attack or pandemic. This issue is particularly acute in the House. Governors can appoint senators, but voters must elect members to the House.

Since the pandemic started, many lawmakers have only come to the Capitol to vote.

Back to the optics.

Lawmakers want the vaccine – for personal reasons. After all, they are human. But they also want to show the public that since they are willing to get the shot, so should they.

Millions of doses of the vaccine will be available to the public soon. But lawmakers were among the first to receive such a benefit – again, for continuity of government purposes.

But some might not see it that way. They see video of lawmakers lining up to be vaccinated just before Christmas – while Congress struggled for weeks to approve a final coronavirus aid package to help everyday people.