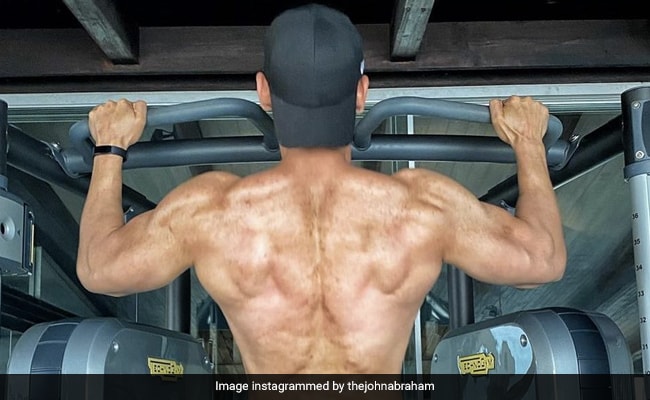 John Abraham and Abhishek Bachchan occupied a spot on the list of trends on Saturday, courtesy Abhishek’s comment on the Batla House actor’s workout post. John Abraham updated his Instagram feed with a picture from his gym diaries and his biceps took all the spotlight. Sharing the photo, the actor wrote: “Woke up like this. #fitness #backworkout #gym.” Reacting to the picture, Abhishek, who has worked with John Abraham in a couple of films like Dostana and Dhoom, dropped a fire icon in the comments section. Several fans of John also called his physique “amazing” and “superb” in their respective comments.

And here’s what Abhishek Bachchan commented:

Abhishek Bachchan and John Abraham first co-starred in blockbuster Dhoom. The 2004 film also featured Uday Chopra, Esha Deol and Rimi Sen. After Dhoom, the duo collaborated for Tarun Mansukhani’s Dostana, in which they co-starred in the lead roles along with Priyanka Chopra. John also appeared in a cameo role in Abhishek Bachchan’s Kabhi Alvida Naa Kehna.

John Abraham’s latest post is just another addition to his workout album. The actor often shares pictures of himself exercising. Take a look: