Cheney, who was losing by more than 30 percentage points when she said she called Hageman to concede, was the most senior of the 10 House Republicans who voted to impeach the then-president on a charge of inciting the deadly Jan. 6, 2021 attack on the Capitol, which was waged by right-wing extremists and other Trump supporters who aimed to disrupt congressional certification of President Biden’s Electoral College victory in the 2020 election.

The conservative lawmaker and defense hawk immediately came under verbal attack from Trump and his allies, and in May of last year, she was ousted from her number-three House GOP leadership position.

Trump, stepping up his efforts to oust Cheney from Congress, endorsed Hageman as she entered the Wyoming race last summer. The former president and his allies successfully urged some, but not all, of the other anti-Cheney candidates to drop out of the primary and coalesce around Hageman. 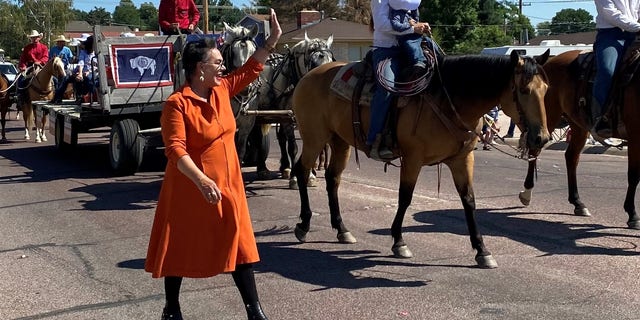 The former president traveled to Wyoming in late May to hold a large rally to boost Hageman. Trump, who remains the most popular and powerful politician in the GOP, captured nearly 70% of the vote in Wyoming in the 2020 presidential election.

Hageman, a Wyoming native and a 2018 gubernatorial candidate, was a former Cheney supporter and adviser who donated to the three-term congresswoman’s past campaigns. She’s also a conservative lawyer who’s fought for water, land and property rights.

Cheney has been vocal in emphasizing the importance of defending the nation’s democratic process and of putting country before party, and is one of only two Republicans serving on a special select committee organized by House Democrats that is investigating the riot at the Capitol. The committee has made headlines and grabbed plenty of national attention this summer as it has held televised hearings. 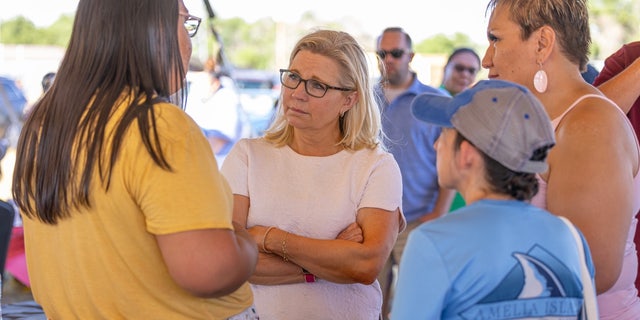 Of the 10 House Republicans who voted to impeach Trump, four decided against seeking another term in Congress. Of the six who ran for re-election, four were defeated in GOP primaries, with two others advancing to November thanks in part to running in non-partisan primaries where the top two finishers advanced regardless of party affiliation.

Cheney — in comments made in recent weeks — seemed to be at peace that her primary defeat was a price she had to pay in order to achieve success in her bigger crusade to make sure Trump never returns to the White House.

“I am working hard to earn every single vote,” Cheney said in an interview on “Fox News Sunday” late last month. She emphasized, “Given the choice between maintaining my seat in the House of Representatives on the one hand or ensuring the survival of our constitutional republic and ensuring the American people know the truth about Donald Trump, I will choose the Constitution and the truth every day of the week and twice on Sunday.”

Paul Steinhauser is a politics reporter based in New Hampshire.