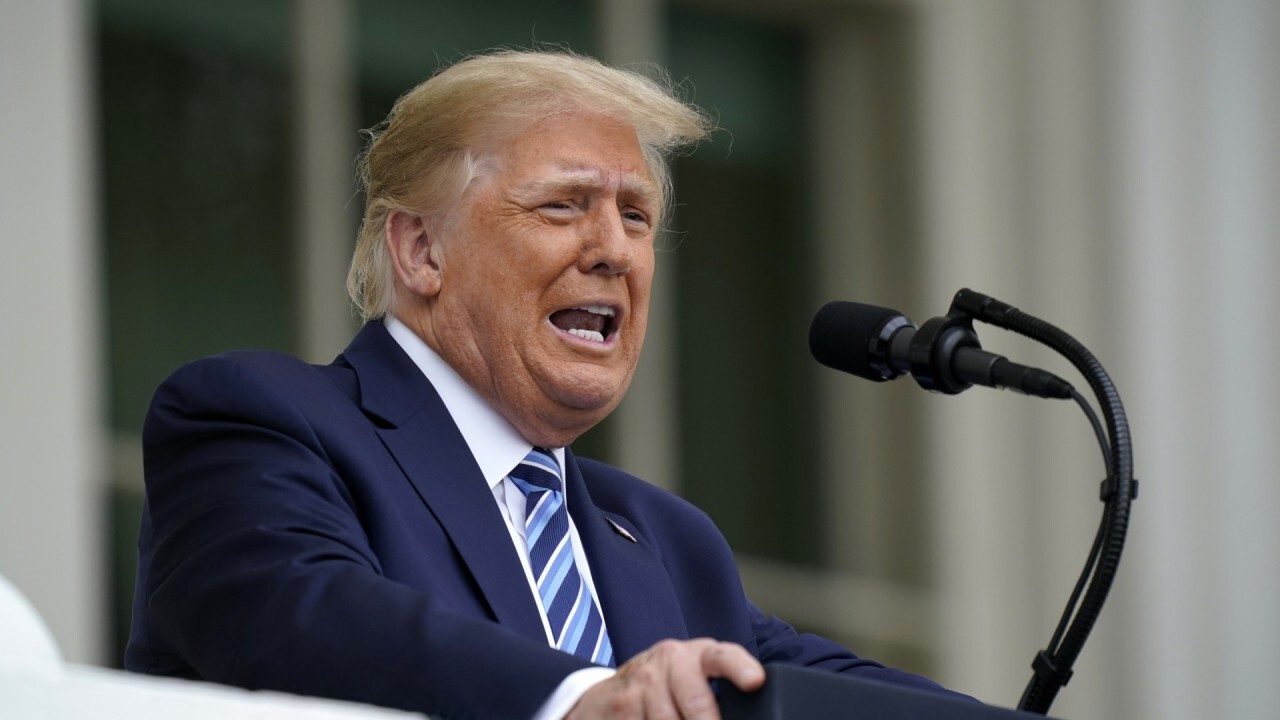 President Trump on Saturday claimed China “may” have been behind a massive cyberattack on U.S. government systems — a day after Secretary of State Mike Pompeo said the attack was “pretty clearly” perpetrated by the Russians.

Trump downplayed the attack, dubbed by one U.S. official as “the worst hacking case in the history of America,” as “far greater in the Fake News Media than in actuality.”

POMPEO: RUSSIANS ARE ‘PRETTY CLEARLY’ BEHIND HACK OF US GOVERNMENT

“I have been fully briefed and everything is well under control,” he tweeted. “Russia, Russia, Russia is the priority chant when anything happens because Lamestream is, for mostly financial reasons, petrified of discussing the possibility that it may be China (it may!).”

He then used the attack to fuel his claims that he did not lose the election to President-elect Joe Biden, claiming that there “could also have been a hit on our ridiculous voting machines during the election, which is now obvious that I won big, making it an even more corrupted embarrassment for the USA.”

Trump has disputed the results of the election, which has been certified as having been won by Biden, and has launched a number of mostly unsuccessful legal challenges in key swing states.

But his claim that China could have been responsible for the attack contradicts Pompeo, who on Friday linked the Kremlin to the attack.

“[T]here was a significant effort to use a piece of third-party software to essentially embed code inside of U.S. Government systems and now it appears systems of private companies and companies and governments across the world as well,” Pompeo said on the Mark Levin Show.

“This was a very significant effort, and I think it’s the case that now we can say pretty clearly that it was the Russians that engaged in this activity,” he said.

RUSSIA’S ALLEGED HACK OF US GOVERNMENT: WHAT YOU NEED TO KNOW

The Cybersecurity and Infrastructure Security Agency (CISA) said in a warning message Thursday that the hack compromised federal agencies and “critical infrastructure” in a sophisticated attack that was hard to detect and will be difficult to undo.

Currently, the U.S. State Department, Department of Homeland Security (DHS), and elements of the Department of Defense have reported being compromised. The hack may have lasted for months, targeting Treasury and Commerce departments.

Microsoft, which has helped respond to the breach, revealed late Thursday that it had identified more than 40 government agencies, think tanks, non-governmental organizations and IT companies infiltrated by the hackers.

It said four in five were in the United States — nearly half of them tech companies — with victims also in Canada, Mexico, Belgium, Spain, the United Kingdom Israel, and the United Arab Emirates.