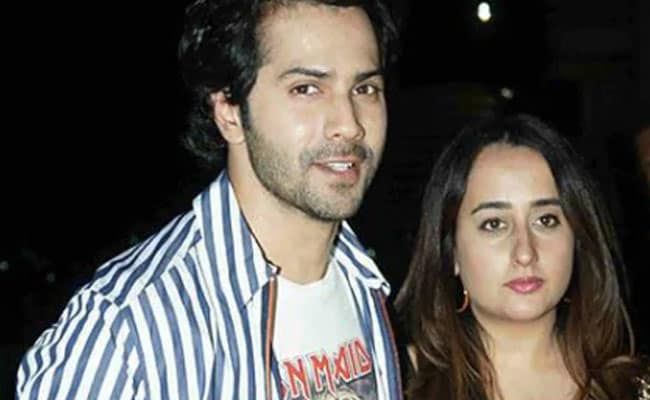 Varun Dhawan, in an interview with Kareena Kapoor on her radio show What Women Want, revealed that his fiancee Natasha Dalal rejected him “3-4 times” before they began dating. BTW, you read it right – Varun Dhawan and fashion designer Natasha are engaged now (will tell you more about this later). The actor was talking to Kareena Kapoor about the first time he saw Natasha and how he fell in love with her instantly when he said: “She rejected me like three-four times,” adding, “I didn’t give hope.” Varun first met Natasha in the sixth standard. They began dating after being friends for a long time.

Sharing how he fell in love with Natasha, Varun Dhawan said on the show: “The first time I met Natasha was in the sixth standard. We have not been dating since then. We were friends till the eleventh or twelfth grade. We were very close friends but the minute I saw her, I still remember, we went to Maneckji Cooper, she was in the yellow house and I was in the red house. It was on the basketball court. So, in the lunch break, in the canteen, they give you food and an energy drink. I remember her walking, I remember seeing her and actually, when I saw her, I felt like I fell in love with her that day. That was it.”

Varun Dhawan and Natasha Dalal were reportedly supposed to get married this year but delayed their wedding due to the coronavirus pandemic.

During the interview, Kareena Kapoor called Natasha Dalal Varun’s “fiancee,” confirming that the duo are engaged now. Talking about his wedding plans, Varun said he “felt like getting married” after he saw his brother Rohit Dhawan and sister-in-law. “See, marriage, coming into this time period when you have been with someone for so long… I felt like getting married after I saw my brother and my bhabhi. When I saw my niece Niara, I was like, ‘This is good’,” he said on the show.

Meanwhile, also check out some adorable posts shared by Varun Dhawan for his childhood sweetheart:

Varun confirmed dating Natasha on the sixth season of Karan Johar’s talk show Koffee With Karan, where he said, “I am dating her and we are a couple…I plan to marry her.”