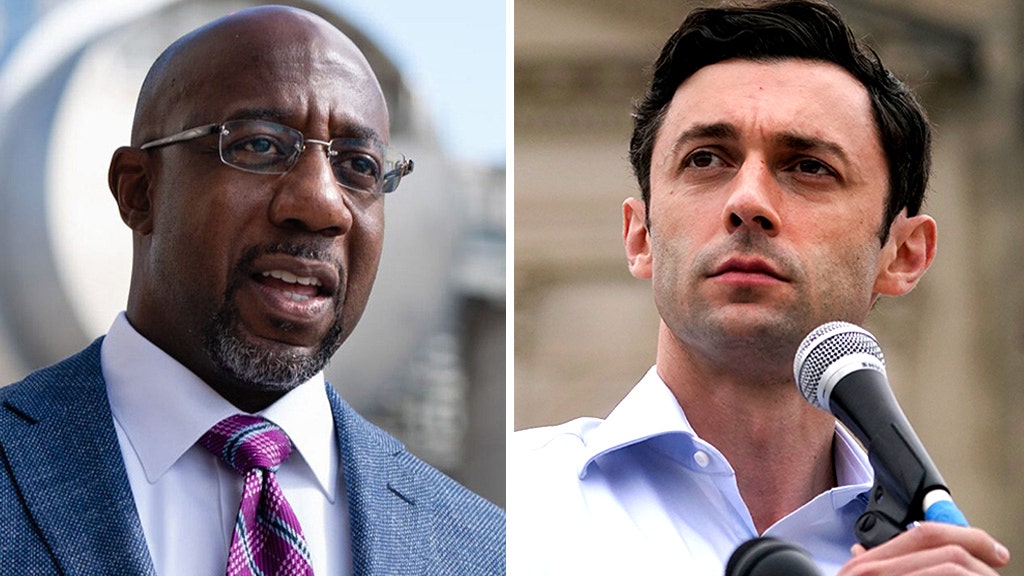 Democratic Senate candidates Jon Ossoff and Rev. Raphael Warnock are expected to appear at a get-out-the-vote event in Georgia on Sunday with a panelist who last year presented controversial Nation of Islam leader Louis Farrakhan with an honorary membership into his fraternity.

In February 2019, Marion initiated Farrakhan into the Omega Psi Phi Fraternity with an honorary membership, according to Final Call, the official newspaper of the Nation of Islam.

“Thank you to my brothers of Omega Psi Phi Fraternity, Inc. for presenting me with an Honorary Membership,” Farrakhan tweeted. “As long as we live, let’s strive for those fundamental principles that make an Omega Man a man after God.”

The fraternity was founded on the campus of Howard University, a historically all-black college, in 1911. Other famous people who have received honorary memberships include Michael Jordan, Rev. Jesse Jackson and Shaquille O’Neal.

Ossoff and Warnock’s sharing of an event with a supporter of Farrakhan is bound to raise a few eyebrows, given the leader’s controversial reputation.

Farrakhan, who has led the Nation of Islam since the late 1970s, has made numerous anti-Semitic remarks over the years, not least of which include referring to Adolf Hitler as a “very great man” and Jews as “termites.”

The Southern Poverty Law Center has labeled the Nation of Islam as a “hate group.”

Earlier this week, Warnock came under scrutiny for past comments he’d made praising the Nation as an “important” voice for African Americans during the civil rights era.

Georgia’s Jan. 5 runoff election will determine whether Republicans will hold on to their majority in the Senate or if Democrats will control both houses of Congress in addition to the White House.