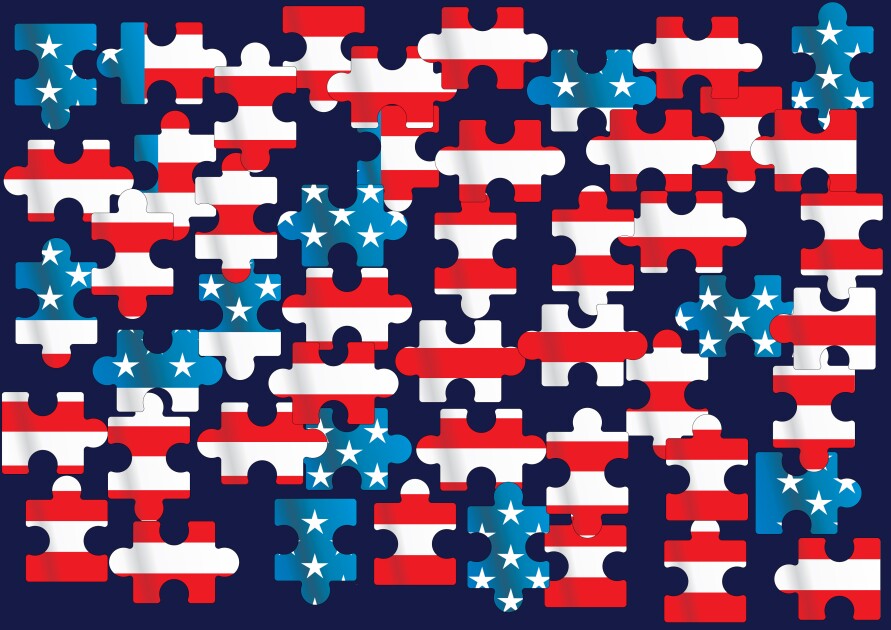 We are living in perilous times for our democracy. For centuries, fights over who can participate in our democracy have defined American politics. You would think that by now our country would have arrived at some generally accepted principles when it comes to life, liberty, and the happiness of our fellow citizens. However, the rule of law, equal protection under that law, and voting rights are all threatened today—sometimes by the very people who take an oath to protect them.

But all is not lost. Not yet. There is a solution, and it’s a matter of restoring something we chose to abandon not very long ago: comprehensive, robust civics education.

Since the founding of this democracy, one of the primary purposes of public education—to preserve and perpetuate a functioning democratic society by educating citizens in the ways of that democracy—was very much on the minds of many Founding Fathers (who themselves often failed to live up to their own democratic ideals). Thomas Jefferson, in not only advocating public education but also defending the need for citizens to be taxed for it, wrote that when it comes to educating the common people, “the tax which will be paid for this purpose is not more than the thousandth part of what will be paid to kings, priests and nobles who will rise up among us if we leave the people in ignorance.”

So how did we get so far from these founding sentiments? Several decades ago, when I was a student in elementary school, the country was rattled by the report, “A Nation at Risk,” which cited our poor showing compared with other countries as a national security risk. This unleashed an era of accountability-through-testing schemes that I then lived through as a teacher.

When I first entered the classroom in the 1990s, I spent hours every week not honing my skills as a young educator but rather comparing student practice-test scores with my fellow teachers. Reinforcing test-taking skills that prevented our school from being labeled “underperforming” was the new priority.

The ability to discern fact from fiction and to recognize reliable news is more fundamental than ever.”

The following decade saw the well-intentioned but further misguided No Child Left Behind and Race to the Top policies. As a superintendent under these policies, my staff once calculated we spent numerous hours a week—amounting to almost 30 school days a year—testing and simply teaching test-taking skills. While nobly elevating literacy and math, these policies forced us to prioritize test preparation over the teaching of critical thinking, the arts, and, perhaps most importantly, civics. Active analysis and synthesis were replaced by rote memorization and test-taking.

I have no doubt that this path is producing an electorate that has not been taught to think deeply about how a democracy is supposed to function, the public’s role in making it function, or how to assess the information it receives before making decisions.

We have finally begun to recognize the error of past policies, as demonstrated by the initiative of a group of students who sued the state of Rhode Island in 2018. In a federal class action , the students alleged that they were being denied their constitutional right to civics education.
Although the judge dismissed the case this October, finding that there was no constitutional right to civics education, he was far from unsympathetic to the students’ demands. “Plaintiffs should be commended for bringing this case,” he wrote in his decision. “It highlights a deep flaw in our national education priorities and policies. The Court cannot provide the remedy Plaintiffs seek, but in denying that relief, the Court adds its voice to Plaintiffs’ in calling attention to their plea.”

The ability to discern fact from fiction and to recognize reliable news is more fundamental than ever to becoming a well-informed, engaged, equal participant in our democracy. Teaching these essential skills will help young people become news-literate. And news literacy is the foundation of civics education.

Being manipulated or confused into voting against our self-interests, misunderstanding our history and how our government should function, or falling victim to wild conspiracy theories are all a result of a failure to live up to the type of robust, civically minded public education the founders called for.

We already have so much on our plates, but educators must be on the front lines of protecting our democracy. They must demand that their state legislatures place as much importance on civics as they do on math and reading. We need to once again teach critical thinking—how to think. When we don’t, our future voters are at a civic disadvantage. And the fewer people who can engage in rational, fact-informed debate, the greater the chance that we will lose the ability to govern ourselves.

This is something we’ve known since our democracy’s founding. We cannot expect to have a nation of informed citizens if we do not prioritize what exactly that looks like. To quote Thomas Jefferson again: “If a nation expects to be ignorant and free, in a state of civilization, it expects to what never was and never will be.”