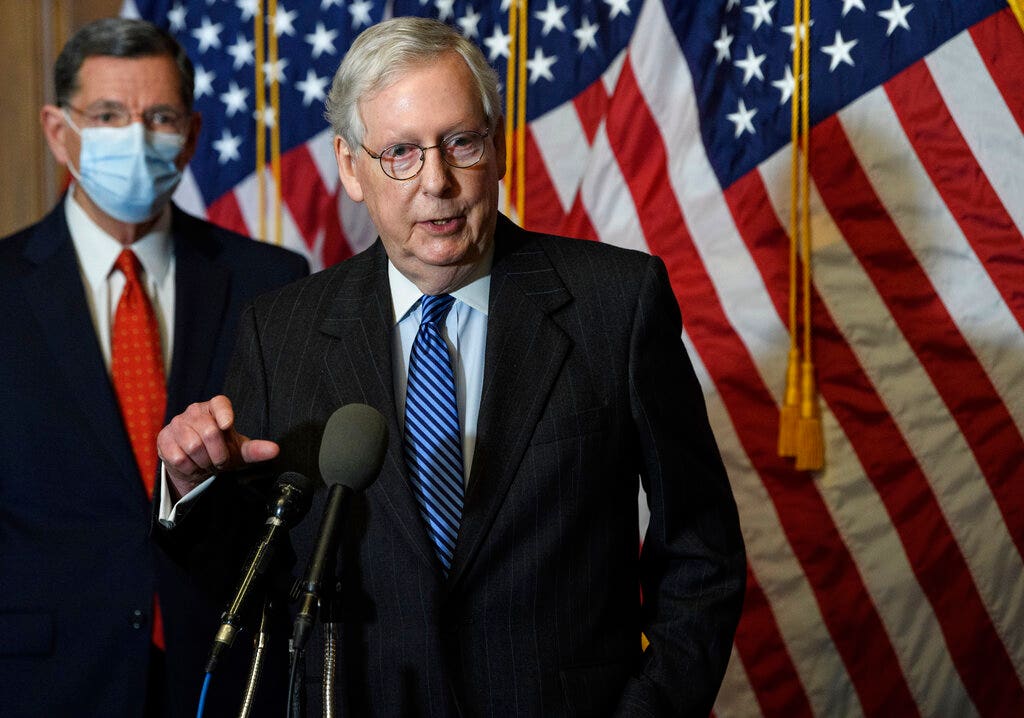 Congress returned to work Saturday in a rare weekend session to try to pass coronavirus relief legislation in time for Christmas.

“The American people cannot feed their families, or pay their bills with Congress’ good faith discussion,” McConnell said Saturday morning on the Senate floor. “They need us to act. We need to conclude our talks, draft legislation and land this plane.”

If congressional leaders strike a deal Saturday on the final sticking points of the $900 billion COVID-19 legislation, then Capitol Hill staff will work quickly through the night to put the massive piece of legislation together on paper.

House Majority Leader Steny Hoyer, D-Md., said Friday the earliest the House could vote would be Sunday afternoon, given the time needed to author the legislative text.

He blamed the delay on a proposal from Sen. Pat Toomey, R-Penn., to end five Federal Reserve emergency lending programs. Democrats say the GOP effort would hamper the incoming Biden administration from responding to the economic crisis.

The Biden transition team has gotten involved, too, with incoming National Economic Council Director Brian Deese saying “the package should not include unnecessary provisions that would hamper the Treasury Department and the Federal Reserve’s ability to fight economic crises.”

There are still pushes by lawmakers on both sides of the aisle for $1,200 in direct payments, compared to $600 checks for most Americans currently proposed.

As congressional leaders try to strike a final deal on coronavirus relief, appropriators also need to finalize a $1.4 trillion omnibus spending package to fund the government through next fall. A third and less controversial package of typical year-end authorizations of expiring programs also needs to pass.

The goal is for all three of these packages to be combined into a giant bill that will likely be in the $2.3 trillion range.

Lawmakers are working against the clock to get something done this weekend because a government shutdown looms after midnight Sunday if a deal isn’t reached. Congress could buy more time by passing another short-term government funding extension like they did Friday, but lawmakers really would like to avert a Christmas crisis.

Once the legislation passes the House as early as Sunday, it would head over to the Senate and then to President Trump’s desk.