Jean-Pierre made the statement Friday during a press briefing at the White House, slamming the transport of illegal migrants from Texas, Florida and, Arizona to liberal states as a “political stunt” meant only to cause “chaos and division.”

“While we’ve been focused on the things that matter to the American people, Republicans have spent this week sowing chaos and division, engaging in cruel political theater and working to roll back rights and benefits that Americans have enjoyed for generations,” she said. 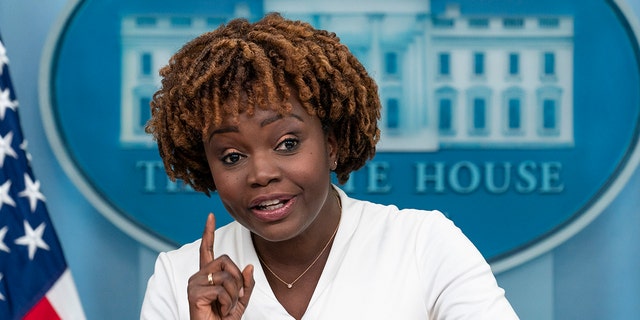 Jean-Pierre said of Republican governors, “They used them as political pawns — treated them like chattel in a cruel, premeditated political stunt.”

The latest convoy of buses to Washington DC arrived just hours after Florida Gov. Ron DeSantis followed through on his similar promise to drop off illegal immigrants in progressive states, sending two planes full of migrants to Martha’s Vineyard on Wednesday.

Those migrants on Friday were bused to Joint Base Cape Cod in Massachusetts, arriving at the base escorted by two police motorcycles and a police SUV. 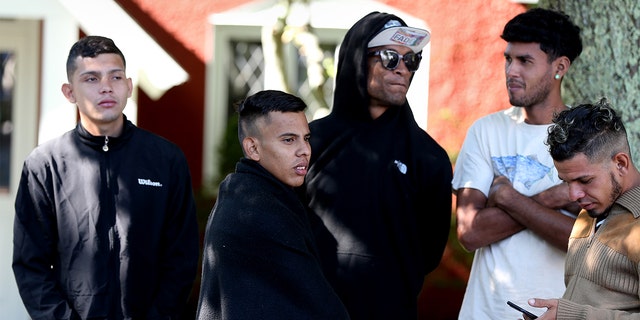 The press secretary continued, “Why else would Gov. Desantis have spent the time to charter a flight to take migrants out of a different state — not even his state, a different state — and hire a videographer to capture footage of that flight, but not bother to let Massachusetts authorities know migrant children in need of food and shelter were about to land on their doorstep.”

“These are the kinds of tactics we see from smugglers in places like Mexico and Guatemala. And for what? A photo-op?” Jean-Pierre said.

Fox News Digital reported in April that Florida’s budget since approved by the state legislature included $12 million for the Florida Department of Transportation to remove illegal immigrants from the state and relocate them.

“It is not the responsibility of Floridians to subsidize aliens to reside in our state unlawfully; we did not consent to Biden’s open-borders agenda,” the governor’s office said at the time.

In November, DeSantis said dozens of migrant flights landed in Florida at the behest of the Biden administration, and he threatened at that time to send them to Delaware on buses.