Talk about changing your colors.

But the 38-year-old actor says he identifies more with his quirky, shy character from his new film “Wild Thyme Mountain.”

“What I share with [the character Anthony] is I’d say probably a lack of confidence and a total not at all sort of self-belief. I understand that part of him,” he told Fox News while promoting the movie.

Dornan is Irish and the movie is shot in his home country which the star found comforting.

“I did also have an idea growing up [in Ireland] that there was more. I never felt like it’s all about Ireland but I am such a proud Irishman and I love it. I love the land. I love going home. But I always sort of felt that there was more beyond those waters,” he said.

Dornan shares the screen with Emily Blunt, Christopher Walken, and Jon Hamm. The film was written and directed by Oscar-winner John Patrick Shanley. 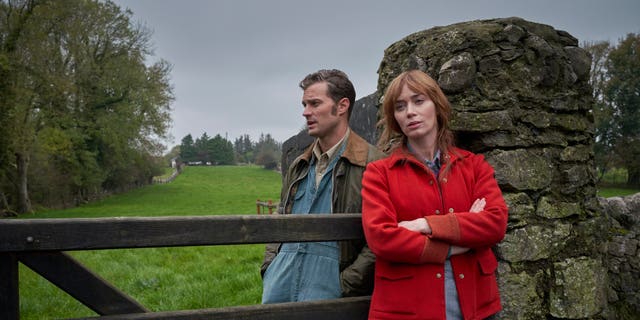 “I do love the mixed bag of it all and to try not to pigeonhole myself and carve out new spaces for myself, to have some fun and to play someone new,” she explained. “It’s quite a conscious decision between jobs to try not to repeat. It’s always been something I’ve been very aware of and have enjoyed about the job. I’ve been lucky enough to have been afforded the opportunity to not be pigeonholed.”

As for working with the legendary Christopher Walken, both Blunt and Dornan both called him kind and generous but it was Shanley who had the best on-set story. 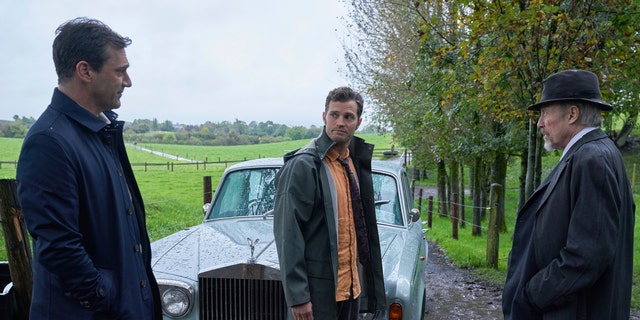 “He’d never been to Ireland either and he’d spend all of his time when he was off just looking out his window at a cow just seeing what the cow would do and then he would tell stories about the cow, strange little stories,” he revealed.