Wrestling Inc. has partnered with the Major Wrestling Figure Podcast to offer readers the chance to win their very own commemorative Ric Flair Last Match Major Bendie figure. Released by Jim Crockett Promotions, the figure features The Nature Boy in all of his glory, with his traditional robe and million dollar smile. You can practically hear the theme from “2001: A Space Odyssey” in the background!

One lucky winner will get their very own Ric Flair Last Match Major Bendie for free. For a chance to win, follow @WrestlingInc on Twitter and retweet this tweet by Monday, August 8 at 11:59 p.m. This giveaway is only open to residents of the U.S. and Canada. Entrants must be at least 18 years old. 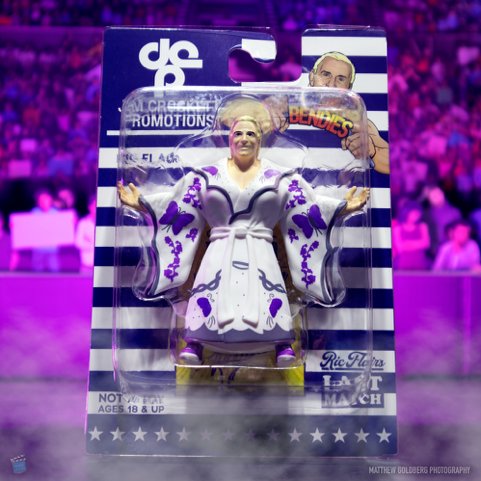