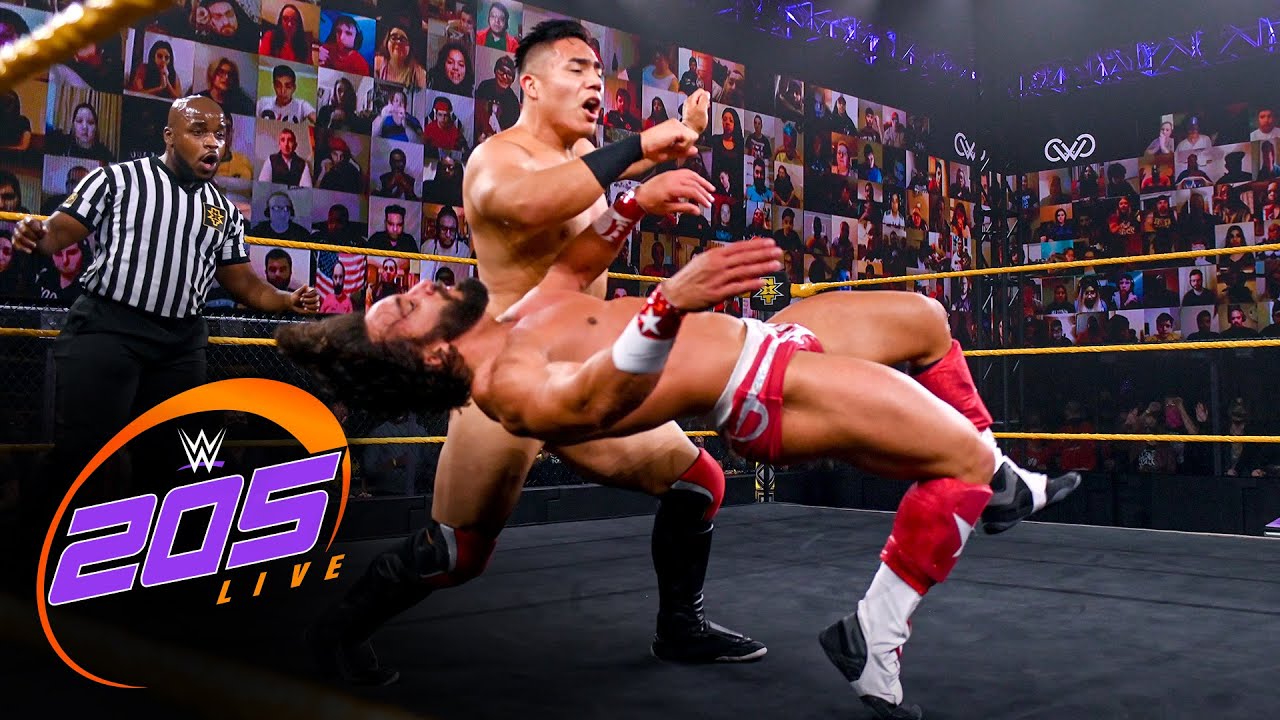 Welcome to Wrestling Inc’s WWE 205 Live recap! Tonight’s action-packed show will take place right after Friday Night SmackDown at 10 PM EST on the WWE Network. Be sure to chime in on your thoughts about tonight’s show in the comments section below. Additionally, share our live coverage through social media. Make sure to click the REFRESH button to continue to get the most current up to date coverage.

Vic Joseph and Nigel McGuinness welcome us to another edition of 205 Live from the Capitol Wrestling Center. Ever-Rise make their way to the ring for our opening tag contest. The Bollywood Boyz come out next, in what will be a rematch from last week’ sshow.

Brawl to start. Ever-Rise throw the Boyz into each other but they counter and run them out of the ring. Samir and Martel go at it on one side while Parker and Sunil fight it out on the other. Hard whip into the barricade and Parker is down. The action moves back into the ring…double-suplex attempt from the Boyz…Parker helps Martel escape and Ever-Rise gains the heat. They team up on Samir, Sunil takes out the lot with a springboard crossbody. Parker and Sunil are up on the top rope…superplex lands. Flying elbow from Samir for a close two but Martel breaks it up. Everyone is down. Samir uses a camera and wraps it over Martel’s head. The referee sees it…yet still counts the pinfall. It gets broken up. Ever-Rise nail Sunil with a double-flapjack into the turnbuckle, which was exposed…that does it.

Advertisement for the WWE Network, followed by a preview for TLC. The Universal championship matchup between Roman Reigns and Kevin Owens is highlighted.

Tie-up. Spin kick from Nese to Atlas’ gut. Nese powers Atlas to the mat. Atlas mounts some offense of his own, including a frankensteiner and a big right hand. Nese slows Atlas’ pace with a headlock, then hits a back suplex. Nese brings Atlas to his feet and nails another suplex. Atlas catches Nese coming off the top rope…he tries for a Boston Crab…Atlas transitions into a slingshot…Atlas bounces off the turnbuckles, but shakes it off and runs through Atlas with a flying elbow for a nearfall. Nese keeps the pressure on by rocking Atlas with a corner lariat. He plays to the camera and shows off his impressive abs. Some taunting from Nese. He rings Atlas’ head off the ropes, then nails his signature springboard moonsault. Atlas begins his comeback. Code-red for a closet two, followed by a flatliner. He climbs to the top for his cartwheel DDT…Nese has it scouted and knocks Atlas off the ropes. Nese bounces off the ropes and sends himself and Atlas to ringside with a running lariat. Nese grabs a chair on the outside taking the referee’s attention…Ariya Daivari comes out of nowhere and sends Atlas into the ring post. Nese hits a 450 from the top…SOMEHOW ATLAS GETS HIS FOOT ON THE ROPES. Nese and Daivari can’t believe it. Nese tries for his running Nese finisher…Atlas blocks it…another flatliner. He climbs…Cartwheel DDT. It’s over!

Daivari tries to attack Atlas after the bell but Atlas smartly grabs the steel chair and protects the ring. Nese and Daivari regroup and yell insults at Atlas, who celebrates his second victory over Nese in the last month.