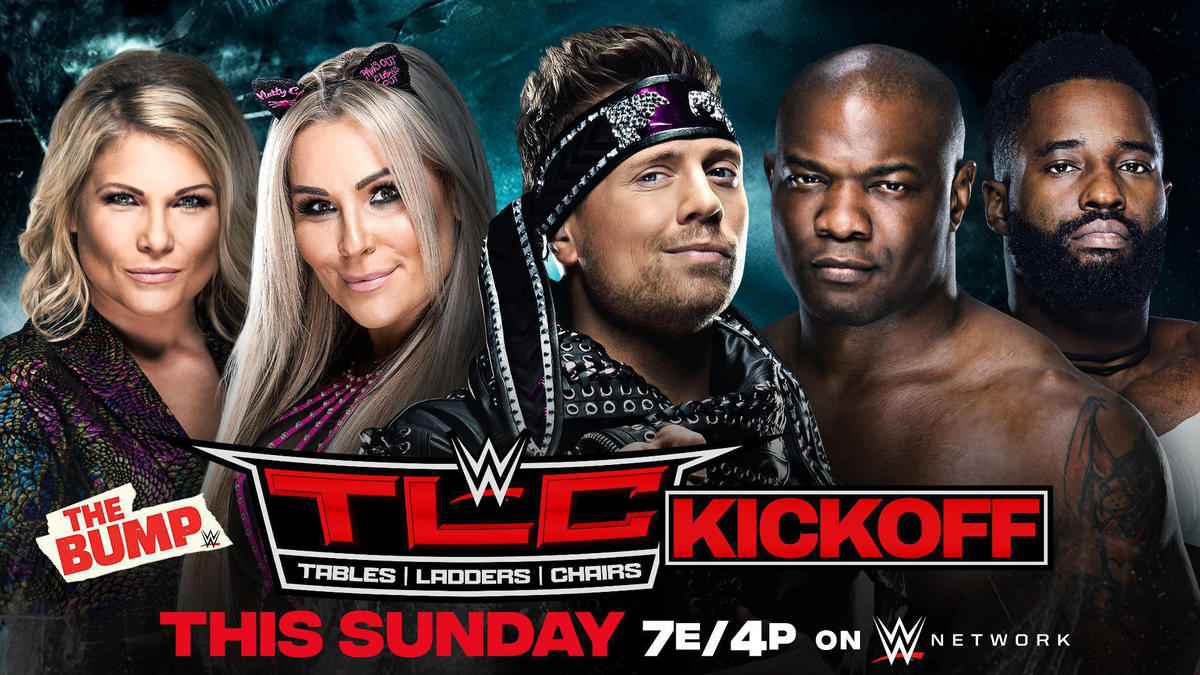 Before WWE spins out of control at WWE TLC, get set for WWE TLC with a loaded Sunday slate of WWE programming.

A special WWE TLC edition of WWE’s The Bump
The crew of WWE’s The Bump takes over at 4 p.m. ET/1 p.m. PT on WWE Network, Facebook, Twitter, YouTube and Twitch as Mr. Money in the Bank The Miz, WWE Hall of Famer Beth Phoenix, Natalya and the Hurt Business’ Cedric Alexander & Shelton Benjamin lend their voices to help preview all the night’s action coming to inside the WWE ThunderDome.

WWE TLC Kickoff Show
The WWE TLC Kickoff Show begins at 6 p.m. ET/3 p.m. PT on WWE Network and WWE social platforms, including TikTok, and will provide expert analysis ahead of the night’s brutal action to come. Join our panelists for a deep dive into both Tables, Ladders & Chairs Matches, The Firefly Inferno Match and so much more.

Catch it all and don’t miss WWE TLC on the award-winning WWE Network, streaming Sunday at 7 p.m. ET/4 p.m. PT.

How A Neon White Level Is Made